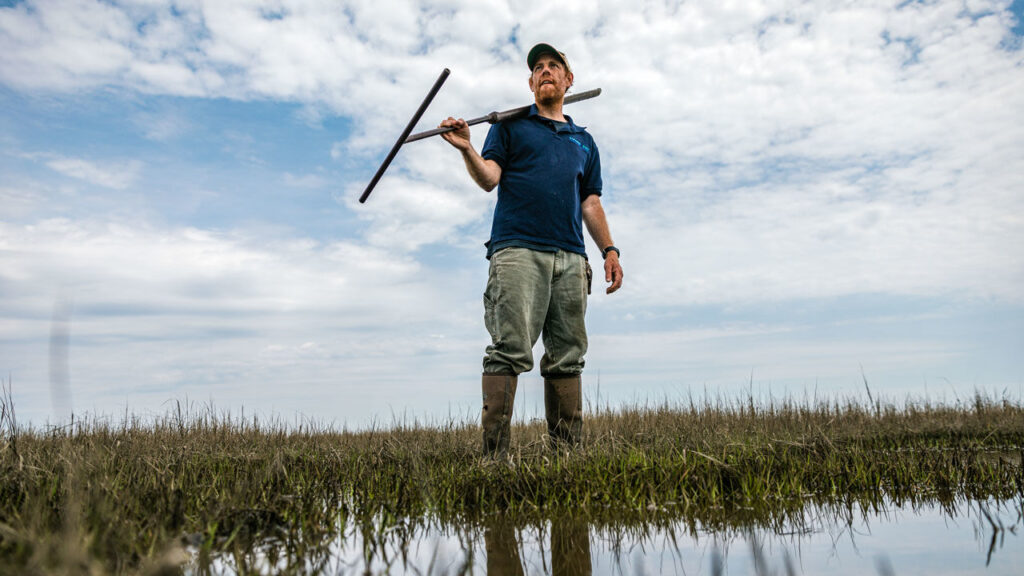 BLACKWATER NATIONAL WILDLIFE REFUGE IN MARYLAND—Coastal scientist Matt Kirwan has a sense of what it’s like to flee from rising seas. More than 100 years ago, Kirwan’s great-great-grandfather owned a farm close to this sprawling wetland refuge near the Chesapeake Bay, a key annual migration stop for hundreds of thousands of geese, ducks, and other waterbirds. Joseph Josiah Robbins sold his homestead in 1909, family members say, after salty, brackish waters invaded his fields, stunting and killing his crops.

Kirwan’s ancestors were early climate refugees, he says, even if nobody called them that. “There are large tracts of farmland that were usable a generation ago but no longer are.”

Seas are rising especially fast near the Chesapeake, where geologists say Earth’s crust is tilting into the ocean, amplifying the effects of a warming climate. But many more people around the world could soon share his ancestors’ experience, says Kirwan, who works at the Virginia Institute of Marine Sciences (VIMS). The rate of global sea level rise is increasing as ice from Greenland and Antarctica melts and warmer seawater expands. By 2050, sea levels could surge by 10 to 25 millimeters per year, according to climate modelers, up from just 5 to 6 millimeters per year here at the refuge and about 3 millimeters per year globally.

Humans aren’t the only species at risk. Rising seas could also drown huge swaths of coastal wetlands, destroying habitats that are among the most ecologically valuable on Earth. Besides providing homes for plants, fish, and many other organisms, wetlands trap vast amounts of carbon that might otherwise escape into the atmosphere and contribute to planetary warming. They also buffer some of the world’s largest cities from violent, damaging storm surges. Some 20% to 90% of today’s tidal wetlands could be lost by century’s end, depending on how fast oceans rise, studies have suggested.

Kirwan, however, has argued that such forecasts are needlessly bleak. Studies that he and colleagues have conducted—many around the Chesapeake Bay—have shown that in the right conditions, tidal marshes can build themselves up to keep pace with rising seas, while also migrating inland as water creeps up coastlines. Some coastal wetlands could even expand as seas rise, the studies suggest—if people don’t block their paths with seawalls, levees, and other infrastructure designed to hold back the flood.